Basque Sounds in the District

The themes for the 2016 Smithsonian Folklife Festival were "Basque: Innovation by Culture" and "Sounds of California". I was unable to go to the National Mall this year to see the full Festival. But, I did see one Festival event that combined all the aspects of the program. Noka, a Basque-American vocal trio from California, performed at the Library of Congress. Noka presented traditional Basque songs and their original songs in the Basque language. Guitar accompaniment was by Mikel Markez. They are from Chino, California, in San Bernardino County. I was not aware of this before, but Chino has been a center for immigrants from the Basque country of France and Spain. Descendants keep Basque culture alive in Chino today. Thus, the members of the female vocal ensemble have known many of their songs since childhood. Noka has toured in the Basque country of Europe and apparently has quite a following there. This concert neatly combined both themes of this year's Folklife Festival. 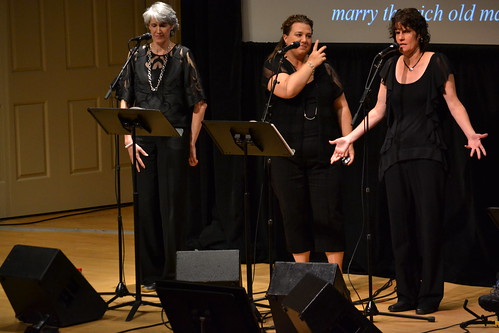 Noka perorms at the Coolidge Auditorium

I enjoyed the concert and picked up one of their CDs after the show. 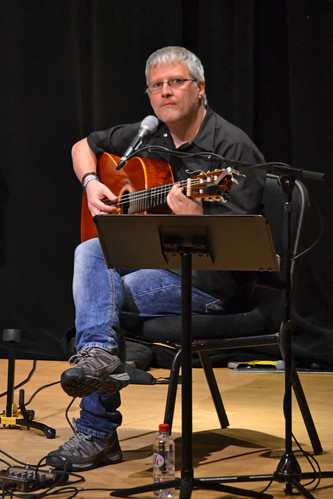 Previous Next Table of contents

Interesting read. It triggered me on a thought that I had some time ago, when people were complaining about losing identity in a globalized world.
It seems that if a country or a region struggles with a level of formal independence, a lot of people start to worry about a watering down "national identity" or "regional identity". But reality seems to prove exactly the opposite, time and time again. Basque in Spain and France is an example, but also European countries that joined in the EU. Or Friesland in my own country, where people feared their regional identity would be lost in young people, due to "anglification" of the language, internet etc. True, when a region or country has no worries about independence, traditions may water down and not so many people care about it. But when a region or a country or a tribe becomes part of something bigger, then it seems that all of a sudden the original traditions are kept alive more consciously.

Maybe the best example is actually the US: Everybody is American, but many people's identity is defined by where their original roots were. I visited various parts of the US, Canada and Australia, and really, many people in Michigan, in south Ontario or in parts of Australia feel themselves more "Dutch" than we actually do here. Even happens to my daughter who always claimed she definitely didn't feel like a Dutch. But even with her it changed, after a few years in Hobart.
I find this a fascinating phenomenon. So what am I: it may depend on the setting. A so-called Global citizen? Absolutely, very often so. European, sometimes yes, when I am in the US or China. Dutch, I feel that especially when abroad for work, or having foreign visitors here. A guy from my home town, mostly when I am in Amsterdam or Rotterdam (there definitely are differences

This blog requires you to be a logged in member of Travellerspoint to place comments.

If you aren't a member of Travellerspoint yet, you can join for free.